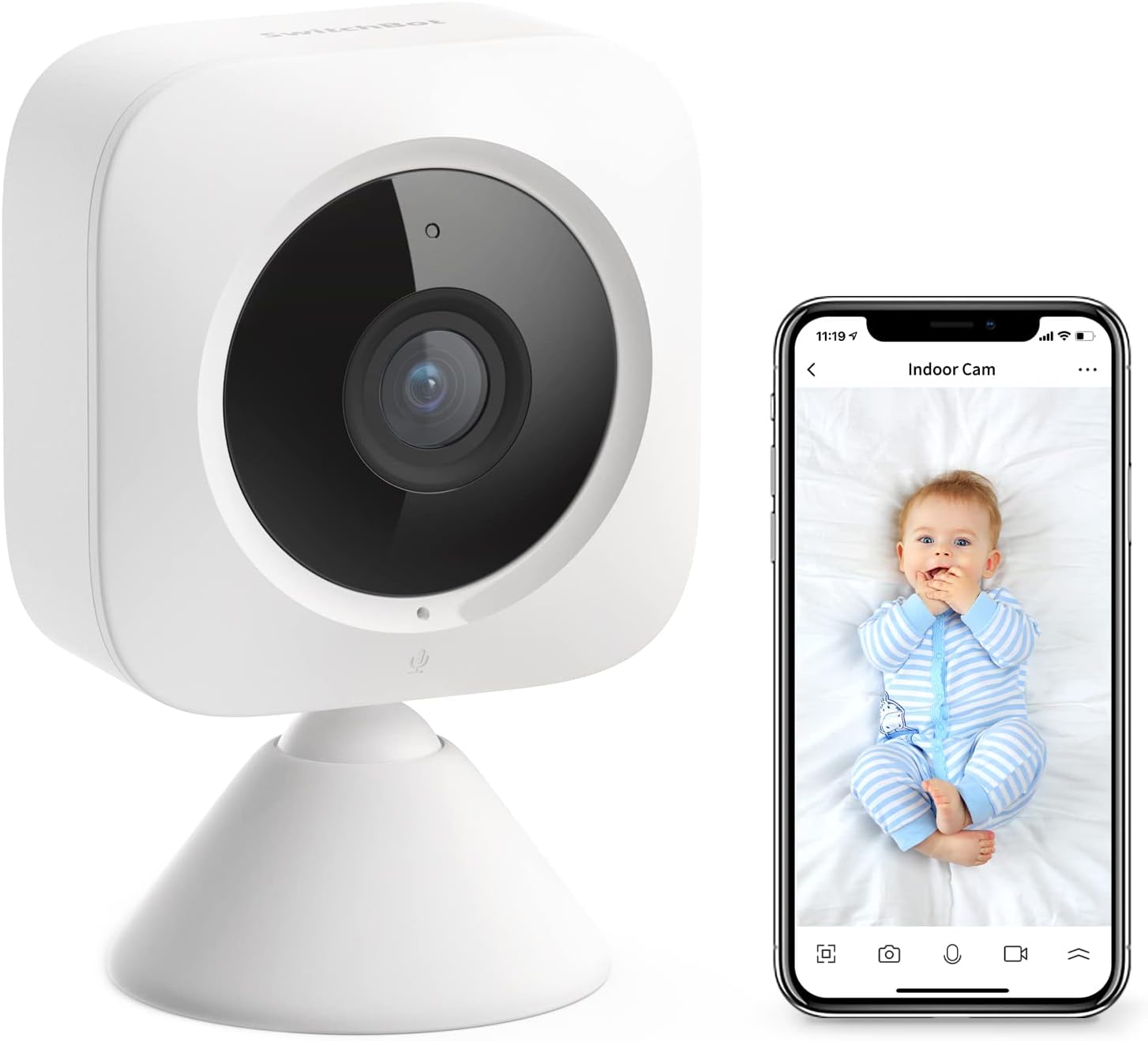 With a 130° wide angle 1080p full HD video stream, you can see exactly what’s going on inside your home and keep an eye on your kid thanks to real-time intelligent human ID features. Even if you’re sleeping, your phone or Echo will notify you when your baby is crying. Please don’t put it in a baby cot because wire can be deadly to a baby! The Wi-Fi camera with live view and two-way audio features includes a built-in microphone and speaker that allows you to see, hear, and chat to anyone who passes by. Video and audio are sent over a secure channel using HTTPS technology, guaranteeing that no information is shared openly on the Internet and that no outside devices can access your Indoor Camera.

You can watch your house with a security camera and tailor motion detection zones so you’re only notified when you need to be. When motion is detected, it may automatically capture a snapshot or video clip and store your data locally (on an extra SD card not included) or in the cloud to ensure you don’t miss a thing.
Using six infrared LEDs that automatically switch on in low light settings and allow you can see every detail, advanced infrared night vision allows you to keep a watch on any room in the dark. You can remain on top of things without having to constantly check the app by using the video playback option.
Works nicely with Alexa, allowing you to use your voice to activate your surveillance camera, see who’s at your front door, and check on your kid. With SwitchBot Hub Mini, you can automate your house in minutes with other SwitchBot smart home products.